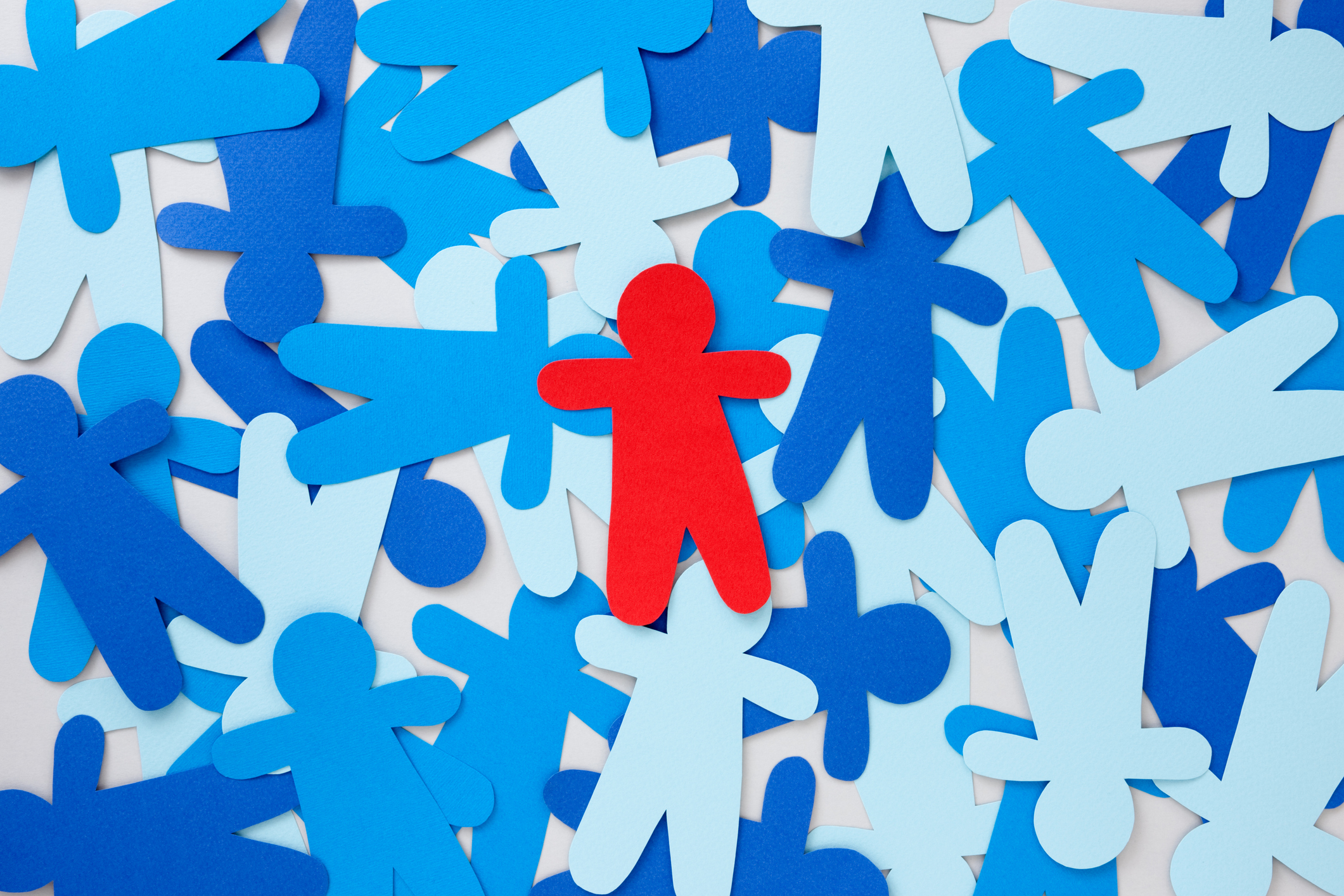 Editor’s Desk
What Do We Know about Segmentation and Targeting?
Segmentation focuses on the process of dividing the general marketplace into subgroups of consumers with similar wants and needs to serve as targets for promotional efforts. Targeting takes that process one step further, using promotional tactics to reach the identified market segments. “In the digital age, precision in segmentation and targeting has immense potential,” Editor-in-Chief John Ford writes as he highlights articles in the current issue’s special section on this topic. “But more information doesn’t necessarily translate into better information, and there are many questions about the quality of big data,” as explained in the summaries that follow.  Read the full JAR article here.

WHAT WE KNOW ABOUT SEGMENTATION AND TARGETING

In their essay, Sequent Partners’ Alice Sylvester and Jim Spaeth explore weak accuracy and coverage in sampling data that marketers buy from vendors when organizing a targeting campaign. The consulting duo blame the lack of progress on what they see as a dearth of research “about missing and misidentifying consumers when using commercially available target segments for digital campaigns.” Moreover, they point to how the resulting inaccurate targeting creates significant problems in consumer negative sentiment while also hurting ROI. Sylvester and Spaeth argue that “brands struggle to reach enough of their target population given crippling media fragmentation.” The situation is further complicated by difficulties created by using surnames and geographic locations to target particular ethnic groups—a problem that can compromise research within culturally mixed families and groups with ethnic geographic dispersion. Brands, the consultants offer, can protect themselves by

Straight to the Heart of Your Target Audience: Personalized Advertising Systems Based on Wearable Technology and Heart-Rate Variability

The Speaker’s Box column invites academics and practitioners to identify significant areas of research affecting advertising and marketing. Its goal: to bridge the gap between the length of time it takes to produce rigorous work and the acceleration of change within practice. In this edition, David C. Orazi (Monash University) and Greg Nyilasy (University of Melbourne) cite the expanding market for wearable technology, predominantly driven by smartwatches, that “may afford a twofold solution” to targeting challenges. The researchers focus on the importance of the match between the advertisement message and the personal condition and/or emotional state of the audience. “Sensor technology integrated into wearables can capture the audience’s emotions through biometric features extraction,” the authors write, “most importantly heart-rate variability, paving the way for interactive, personalized advertising systems that allow for temporal segmentation and targeting.” To demonstrate how biometric information, such as heart-rate variability, can be extracted from wearables for helping to shape advertising campaigns, Orazi and Nyilasy use the example of an advertiser developing a public-service announcement against drunk driving. The advertiser could shape the narrative to high-stress audiences (“who may be prefer a definite ending that provides closure and allows them to focus on the key takeaway”) and low-stress audiences (who are “more persuaded by a vague ending that allows to conjecture the possible outcome”). “Under these premises”:

Wearables offer significant opportunities for more effective communications, however the significant related ethical questions involved should not be ignored, the authors conclude.

Marketers for years have struggled with the way effectiveness of, and response toward, different marketing tools varies greatly across consumer groups. Although research has explored issues of segmentation over the years, it has “not yet reached a state where definitive recommendations can be made on which model works best in which context, such as relating different consumer groups to varying degrees of online-marketing responsiveness,” Stephan Scheuffelen, Jan Kemper, and Malte Brettel (all from RWTH Aachen University), charge. (Scheuffelen also is a project leader at Boston Consulting Group near Berlin, and Kemper is managing director of Omio, an online travel agency). In their research collaboration, they asked: “Which type of segmentation base produces segments with more differentiated marketing-response behavior?” Using survey data from 3,219 German consumers from a Europe-based online retailer, along with 163,000 clicks from their consumer database, the research explores the results of three different segmentation models:

“This study compares human values and attitudes, segmentation bases widely applied in practice, in terms of their predictive power on online-marketing responsiveness,” the authors write—that is, how researchers can “differentiate consumers’ click and order behavior in different online-marketing channels and brand-purchase behavior.” Scheuffelen, Kemper, and Brettel believe that their work applies and validates the value-attitude-behavior hierarchy to segmentation research. It also:

“Black-oriented media, content with predominantly black casts or racial themes, is marketed primarily toward black audiences, but how audiences perceive such targeting is unclear,” Morgan E. Ellithorpe (Michigan State University)—and Michael Hennessy and Amy Bleakley (both from the University of Pennsylvania)—observe. Using data from 1,000 non-Hispanic African-American respondents and 990 non-Hispanic Caucasian respondents, the researchers assessed these audiences’ perceptions of the targeting audiences for black-oriented media. They identified adolescents ages 14-17 years, and, found, as expected, that black adolescents tend to “distinguish between black-oriented and mainstream media in terms of to whom they expect such content is targeted.”  Moreover, black adolescents reflected strong ethnic identities, whereas white adolescents reported that they did not have much exposure to black-oriented media. Among other takeaways:

An important target audience appears to be missing from mainstream research on segmentation and targeting: the Arab e-consumer. Mamoun Benmamoun and Nitish Singh (both from Saint Louis University) and Rana Sobh (Qatar University) sought to fill that void by conducting two studies. The first one used focus groups to explore localization themes by surveying and speaking with Arabs from Qatar, the United Arab Emirates, Palestine, Lebanon, Saudi Arabia, Bahrain, and Egypt, (and a few participants of Indian and Pakistani descent). The second study surveyed residents from Qatar and UAE about their website preferences. The outcomes of Benmamoun’s and Singh’s work can help marketers targeting this population, including:

Substantial resources have been invested in educating the public about the danger of driving under the influence of alcohol, including advertisements with antidrunk–driving messaging. “Most messages have struck a negative tone and resorted to fear appeals,” according to a group of Chinese researchers who explored different mechanisms for promoting anti-drunk-driving messages. But, they note, fear appeals, “have limitations and can be ineffectual under certain conditions or for certain target groups.” Lefa Teng, Yuanyuan Wu, Hongyu Fu and Jiajing Wang (all from Jiangnan University) and Guangzhi Zhao (Loyola University Maryland) used online surveys as they conducted two studies involving adult Chinese respondents. They found that:

Although native advertising has become a popular practice, only a few empirical studies have examined its persuasive effects. Two Korean researchers—Yoori Hwang (Myongji University) and Se-Hoon Jeong (Korea University)—saw this research gap as an opportunity  to study the effects of editorial content in native advertising, specifically examining the effect of brand placement in editorial content on consumers’ responses to native advertising. They also studied whether the effect was moderated by either high or low quality of editorial content. In an online experiment with 264 participating adults selected from a panel of 1 million people, the authors created a native ad in news format based on an existing native ad published on The Huffington Post Korea news site, sponsored by VISA , called “The Mistakes that Koreans Are Likely to Make when They Plan International Vacations.” To manipulate content quality (high vs. low) the authors manipulated the number of mistakes by Korean travelers listed in the article, for example in the high-quality condition:

In the low-quality condition, only one mistake was presented (lack of unique experiences). To manipulate brand placement, the authors created three different conditions (no placement versus implicit placement) that reinforced why having a VISA card would ensure worry-free travel. Results of the experiment “showed significant interaction effects between brand placement and content quality,” the authors write. “Brand placement had negative effects on source credibility and message attitudes only when the quality of editorial content was low, not when the quality was high.” Among the practical takeaways:

Effects of Face Images and Face Pareidolia on Consumers’ Responses to Print Advertising: An Empirical Investigation

Every day, a team of American and Italian researchers observe, a regular consumer sees on average several hundred commercial messages across the five main media—television, radio, Internet, newspapers, and magazines. Clearly the competition for attention is fierce, and “played on smaller and smaller time frames.” With this in mind, Gianluigi Guido (University of Salento), Marco Pichierri (University of Bologna), Giovanni Pino (University of Salento), and Rajan Nataraajan (Auburn University) investigated whether print advertisements featuring faces or face-like images (otherwise known as pareidolian ads) better capture consumer attention than ads that do not include such elements. They conducted two studies examining the effects of exposing consumers to print ads containing faces or pareidolian images for short time lapses—one-half, one, and three seconds. “The results show that both advertisement types captured viewers’ attention and more frequently were recognized than advertisements that did not feature faces or face-like objects,” the authors write. Among other findings:

How Do Consumers Choose Sellers in E-Marketplaces? The Role of Display Price and Sellers’ Review Volume

It’s an activity many of us do on a daily basis: making shopping decisions online. Many of those decisions are informed by information posted by reviewers, not just about product quality and value (price) but also about the service provided by the seller. Saravana Jaikumar (Indian Institute of Management Calcutta) conducted two studies to find out how people select vendors when shopping online. He hypothesized:

There were two experiments. In the first one, Jaikumar invited visitors at a shopping mall to participate in a questionnaire, asking them, among other things, to rate the likelihood of purchase from a seller offering display price and to answer questions that captured their degree of involvement with the product, a multivitamin. This allowed him to create an index of degree of involvement. In the second experiment, he used eye tracking to validate the results obtained in Study 1. Study 2 had three objectives:

At University of Georgia, Joe Phua uses his research expertise to analyze how emerging communication technologies influence consumer attitudes and behaviors with regard to ads, brands, and health issues. His latest work contributes to knowledge about the marketing on social-media sites of e-cigarettes—the smoking of which has become a serious health issue according to statistics from The Centers for Disease Control. Phua examined exposure to three types of e-cigarette marketing: sponsored ads, brand pages, and user-created groups on social-networking sites and their influence on health-related outcomes. More than 1,000 people participated in his online study. Results showed that “e-cigarette users who joined user-created groups had significantly more negative attitudes toward quitting and lower behavioral control, intention to quit, and self-efficacy than those who were exposed to sponsored ads or who followed brand pages.” Among other findings and recommendations:

Coming in September 2019:
What We Know about Neuroscience Methods in Advertising
As a preview to September’s special theme section on neuroscience methods in advertising, John Ford reviews seminal work that JAR has published on this topic.